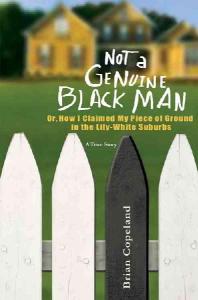 As local police investigate a growing number of racist incidents in Walnut Creek and other surrounding cities, I received a note from Brian Copeland, the KGO 810 radio host and creator of the successful one-man stage show, Not a Genuine Black Man. He wanted to let me know that such ugliness is nothing new in our supposedly placid, pleasant suburban communities.

With respect to local incidents, word came Tuesday that Orinda police are investigating racist graffiti scrawled in a restroom at Miramonte High School. Meanwhile, Walnut Creek police recently provided details about two Volvos that were vandalized with ethnic slurs in front of their home sometime in the middle of the night on Friday, September 25.

In this Walnut Creek case specifically, the two cars were parked in front of the family’s Fyne Drive home, says Sgt. Tom Cashion. One of the cars had a “Support Free Iran” sticker affixed to a rear window. Sometime between 11 p.m. and 6 a.m., someone scratched F— Iran below the window on the trunk. The vandal or vandals appeared to extensively “key” the second car, leaving scratches all over it.

“There is a possibility that the race of one of victims had something to do with it since one family member is Iranian,” Cashion said in an e-mail to me. He asked for the public’s help in identifying the vandals. “Out police department takes these incidents very seriously and will use all of our resources in investigating these types of crimes.”

Oh and remember this happening in Walnut Creek? In August, an employee at a North Main Street Midas auto service shop reported to KTVU that he endured repeated racial slurs from a mechanic and, as some kind of sick joke, seeing a noose hung in a work area.

Meanwhile, an update came in regard to the KKK-style cross found in front of a Moraga driveway over Labor Day weekend. Lamorinda blogger East Bay Daze says that the FBI’s San Francisco field office is turning the investigation back over to Moraga police. The investigation involves a small cross, wrapped in cloth and with KKK scrawled on it, found on September 8 outside the home where an inter-racial couple were visiting.

Finally, last I heard, Pleasant Hill police are still investigating racist-tinged vandalisms at an elementary and middle school in their town, while Martinez police are looking for the teenager who last month was reportedly harassing an African-American family at the park near that town’s marina by shouting “White power!” and waving a Confederate flag in their direction.

These Pleasant Hill and Martinez cases prompted my recent post, asking “What’s up with white pride crime in suburbia?” That story in turn prompted Copeland to e-mail me and briefly share his perspective.

“Unfortunately, discrimination in the ‘burbs (and in Northern California) is nothing new,” he said.

I listen to Copeland’s show on Sunday mornings when I get the chance, and I’ve cited his concerns about a growing atmosphere of hate and racism in our society–perhaps sparked by some people’s resentment about our nation’s first African-American president being in office.

However, I haven’t seen Not a Genuine Black Man yet, even though it comes to the Lesher Center a couple times a year. It is supposed to be great, and it just celebrated its fifth anniversary.

This show, which was also the basis of a best-selling book by Copeland, chronicles the challenges, including outright taunts and harassment, that he, as an 8-year-old, and his family faced when they were one of the few African-American families moving into the lily white suburb of San Leandro in the early 1970s. In 1971, San Leandro was named one of the most racist suburbs in America, and a systematic pattern of housing discrimination prompted Congressional hearings. In his show, Copeland also talks about what asks the questions of what it means to be a “black man.”

Copeland sent a link to information about a multi-part CBS documentary on San Leandro’s housing discrimination that put the suburb in the national spotlight. While researching and writing his stage play, Copeland heard about the documentary from several long-time residents but had trouble tracking it down and learned that copies of it might no longer exist. It wasn’t until after his show opened that he managed to obtain an audiotape copy of it, with the help of two former San Leandro residents who had come to see his show and who themselves had been involved in efforts to fight white flight from their city.

The documentary, “The Suburban Wall,” looks at the concerted effort by local realtors and politicians to keep black people from moving into San Leandro. Copeland describes listening to an hour from San Leandro’s past that “made my jaw drop.” You can view “The Suburban Wall” at Copeland’s website. He also provides a link to “The Invisible Wall,” a 1981 follow-up of the original documentary.

Thanks, Brian, for sharing this disturbing but true aspect of East Bay suburban history.