After all the debate and, uh, brew-ha-ha, over the arrest of Harvard University professor Henry Louis Gates, Jr., I’m not sure there is a whole lot left to say. However, one notable East Bay political leader asserts in a February 2007 interview that what is better known as racial profiling has been known to occur out here.

San Ramon Mayor Abram Wilson, speaking as a member of the Diablo Black Men’s Group and as a resident of the largely white San Ramon Valley, says that he himself had experienced forms of racial profiling in the decades he has been living in suburbia. The mayor, who lost the race for state Assembly to Joan Buchanan, adds that other members of his organization, African-American male suburbanites like himself, had dealt with situations in which they believe their race brought them unwarranted attention from police.
Here’s an excerpt from the interview, which you can read in full at the Diablo magazine website. 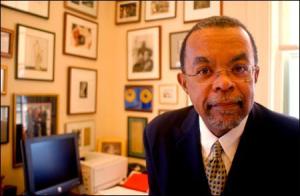 Q: I’ve heard stories about police in the San Ramon Valley randomly pulling over African American drivers. Has that happened to you?
A: Several times. Once, we were coming from a dance at the Diablo Country Club. This was in the late ’80s. I was with my wife and one of my colleagues and his wife. After the dance, I decided to show them downtown Danville. It was 1 or 1:30 in the morning. I noticed a police car following me. … Just before we got to the Livery, we were pulled over. He said I was speeding. I said, “No, I wasn’t speeding.” And then he said, “Where were you people coming from?” “What do you mean, ‘you people?’ ” Here I was in my tux, and he was asking me, “Do you own this car?”

Q: Were you arrested?
A: There was nothing to cite me for. I was stopped and harassed. I think [the officer] was taken aback that I was angry. I spoke to the [city manager] and police chief there, and sensitivity training was given to the police in Danville.

Q: Do these things still happen?
A: It hasn’t happened to me in the last 10 years. But I’m constantly hearing from friends in the area, who are not as visible as me, who are being pulled over.

35 thoughts on “Does racial profiling happen in the East Bay ‘burbs? Yes, it has happened, according to San Ramon’s mayor”