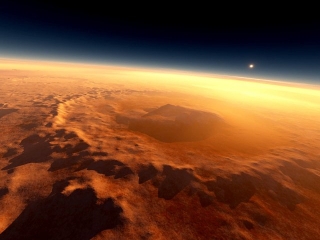 I actually think I understand how Republicans are feeling. After their party’s candidate lost the presidential race, they have to look at how they miscalculated their attitudes about a lot of things in the American landscape. They are behind the times on issues around immigration and the nation’s changing demographics. Their candidate, Mitt Romney, believed he could re-litigate his argument about the auto bail-out or turn the election into a referendum on Obama’s presidency. It didn’t work for a number of reasons that wasn’t just a Romney issue but a GOP misfire. The Republicans are basically having to rethink all their assumptions about the world they are living in.

I can empathize on this challenge of renegotiating one’s landscape. That’s because I’m in the process of rethinking my assumptions about the world I’m trying to live in, too. Actually, I’ve been in this process for more than a year.  It’s not necessarily getting any easier.

Let me step back and address how all this plays into this blog, which probably not many people read anymore.  I don’t blame them.

Actually, I started the blog in the fall of 2008 with just the idea of expressing myself about life in suburbia, and my own nuttiness. Oh, yes, I know in the desire to express myself in a blog, I’m one in many of millions. But then, it occurred to me that there was no alternative outlet for news in Walnut Creek. I knew how to cover a beat and do local news. So that’s what I did, and I think I provided a service to the community, broke news, found new ways to write about Walnut Creek and gained readers.

Then Patch came knocking with its grand scheme of riding the wave of hyperlocal news. They hired me to start the Walnut Creek site. What a perfect job for me, or so it seemed. Actually, in a lot of ways it was a great job. I love being a reporter and telling stories that readers find useful. Some of Patch’s intentions were good and noble. But in the end, I didn’t like working for Patch. Like most publishing companies, the company was and is struggling with how to make money from online advertising. While I had some good supervisors, this struggle at Patch translated into an overall company culture that, in my experience, ultimately didn’t support its editors.

The job also really brought out inner demons for reasons I’m still trying to understand. A lot was me. Some of those demons, like a fragile ego and a need to prove myself, had always helped fuel my drive as a journalist and then as a blogger. But those demons also turned me into a person I didn’t like.

For the last year and a half, I’ve been trying to regain some sanity. Unfortunately, I left Patch with the mistaken, arrogant idea that things would work out on the job front. That was silly of me. We were in the depths of the recession, and the whole journalism and writing industry had turned on its head. Jobs in writing and editing?

I have been able to get freelance work, with people and organizations I respect and like. They are very kind to give me work and to believe in my abilities, and the work I do is very rewarding. But this freelance life feels very precarious and comes with a constant sense of insecurity for the present and the future. I’m not business person. I’m not sure I’m made for it, but it’s what I’ve got right now.

In this past year, I also had my big health scare. One day in October 2011, my heart just stopped beating. Fortunately, I was in a hospital emergency room. The doctors quickly diagnosed a problem with my heart’s electrical wiring. I received a pacemaker and seem to be doing pretty well with it. Still, I now have a pre-existing condition that makes it nearly impossible to get health care on the free market. So, that’s become another unsettling reality.

Meanwhile, there is this blog. I have loved this blog. It’s “my baby,” one friend said. That’s true. I just haven’t known what to do with it since I left Patch.

The Times and Walnut Creek Patch cover Walnut Creek city news, so I don’t have a lot to add to the mix. Also, it wouldn’t be appropriate for me to write about certain local issues because I now have vested interests.

Meanwhile, I’m still wrestling with my demons, a reckoning that has definitely taken the wind out of my sails.

Actually, I feel like I have landed on a new planet, where I don’t know the language, culture or terrain. I don’t know where it’s safe to move, what is safe or right to think.

Even gravity is in question. For most of my life, I have felt like there was a ground beneath my feet, and a core of being. There is no ground anymore, and that sense of self has disintegrated. I often feel like I don’t know what the hell I’m doing.

When it comes to writing, I usually wonder whether I have anything worthwhile to say. Or, I worry I’m being inauthentic to my self, or to what’s “real,” even though I don’t know what that “self” is. I also don’t know what’s real anymore. My perception of reality is constantly shifting.

There is the view that I’m just growing up to how life really is. Life is all uncertainty, and the past and future are constructs of our endlessly whirring imaginations. Fear is normal. Suffering is normal. Wanting things and not getting them is normal, so are having envy and regrets over past actions. I have to accept how normal all these annoying, daunting and scary experiences are — and try to move on. Do the next right thing and persevere.

Anyway, that’s how things are today, or right now.

Hmm, I’m in a place where I can relate to Republican angst. Yes, I certainly have landed on a new planet.  I’ll have to see where this journey takes me. Thanks for reading.

3 thoughts on “Adjusting to life on a new planet”