Skip to content
At Tuesday’s special Contra Costa County supervisors meeting,  more than 100 people spoke out on many things for and against a religious group’s plans to build a big white 66,000-square-foot center in the unincorporated Saranap neighborhood of Walnut Creek.
And then  someone at the hearing at Walnut Creek’s downtown Lesher Center for the Arts invoked the dreaded RLUIPA. The meaning behind this gag-inducing set of initials has the potential to take this dispute to a new and very litigious  level.
(Check out other big white monuments — to power and ego? — that grace communities near and far: The Mormon Temple in Oakland, of which the sanctuary would be two-thirds the size; the 58,000-square-foot building at 1500 Newell Avenue; the 55,000-square-foot White House; the 57,000-square-foot “manor” of late Charlie’s Angels and Dynasty producer Aaron Spelling.)

The RLUIPA threat has always surrounded this issue, hovering in the background. But now we know how far Sufism Reoriented is prepared to go to defend its multi-domed complex, much of which will be built underground. In a statement to the supervisors, Sandy Skaggs, an attorney for Sufism Reoriented said,  “We are very prepared to defend this in court,” according to the Contra Costa Times.
The mechanism for this court fight would be RLUIPA, which stands for the 2000 federal Religious Land Use and Institutionalized Persons Act. This law bars government entities from imposing land use regulations that create a “substantial burden” on a group’s right to religious assembly. 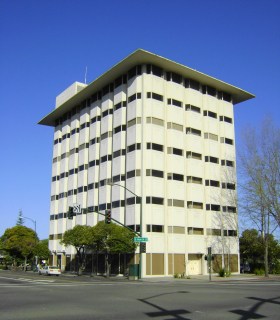 But constitutional scholar Marci Hamilton describes it as a law that can be burdensome to neighbors who oppose a church group’s expansion plans. Hamilton wrote a book God Versus the Gavel: Religion and the Rule of Law in which she devotes a chapter to church-state disputes in land-use issues.
Before RLUIPA, religious landowners in virtually every jurisdiction in the United States “were just landowners,” writes Hamilton in her book. She is the Paul R. Verkuil Chair in Public Law at Benjamin Cardozo School of Law.
Once upon a time, these landowners had to abide by zoning restrictions and take into account the views of homeowners regarding the impact of their proposal, she says. “They were property owners with equal rights under the land use law with all other property owners, and they had to be a good neighbor.”

RLUIPA changed all that, shifting the balance of power in residential neighborhoods to religious landowners, at the expense of the residential quality of the neighborhood, she says.
President Bill Clinton signed RLUIPA into law. Hamilton says Clinton never met a religious cause he would not support, and Congress made no effort to determine independently whether this “special interest legislation” was good for the people, Hamilton writes.
Congressional supporters of RLUIPA just went along with it, because religious leaders wanted it, Hamilton says. Religious organizations, with their growing political clout, lobbied for the law. The U.S. Supreme Court had invalidated as unconstitutional an earlier federal law, the Religious Freedom Restoration Act, which basically gave religious entities a loophole for skirting all local, state and federal laws, including land-use laws.

Now with RLUIPA, residential landowners who face ambitious religious building plans don’t have the same right to equal protection, Hamilton contends. RLUIPA essentially creates two classes of citizens. “The first class is s ‘religious’ and the second class envelops everyone else. It is fundamentally unfair, as any homeowner who has been in this circumstance will tell you.’
Unfortunately, city and county entities are inclined to give in to religious organizations’ demands because, in these budget-challenged times, they can’t afford costly and lengthy court fights. Neighbors opposing a church’s plans usually don’t have the resources for a legal fight, either.
As Halfway to Concord blogger Wendy Lack pointed out, Sufism Reoriented had itself changed to an IRS-approved religious organization in 2003 after operating a nonprofit corporation since the 1950s. Gearing up for the big RLUIPA fight?
Sufism Reoriented might also have the deep pockets for a court challenge, reporting annual income for three years in a row of about $2.5 million and $17 million in assets. Cheesecake Factory CEO David M. Overton is a financial supporter, Lack reported.
The County Planning Commission gave the sanctuary proposal a thumbs up. Saranap residents appealed, and now it’s in the hands of supervisors who will continue their deliberations Wednesday.
In an editorial Thursday, the Contra Costa Times said Saranap residents have legitimate concerns about the project. It has more square footage than a football field and more than two-thirds that of the Mormon Temple in Oakland, which sits on 18 acres. The Sufism plan “would be jammed into three.”
In addition to size, the proposal has other serious problems, the Times said: the safety of the driveway access near a major road bend and “horribly inadequate parking.”
The Sufis have been  playing the religious discrimination card all along, which is rather disappointing for a group is said to be forward thinking and community oriented. “Religious freedom does not give a faith community the right to run roughshod over reasonable planning guidelines and does not make those who question such a move bigots,” the Times editorial said. “The First Amendment protects not only religious expression, but speech as well. Residents are entitled to have their say — and they should be listened to.”
For extensive coverage of Tuesday’s hearing, go to Walnut Creek Patch.
Previous Crazy in Suburbia posts:

Sufism Reoriented says it, not the county, initiated the request for an EIR for its new sanctuary April 7, 2010

A fundamental showdown: When a church group wants to expand its house of worship in a residential neighborhood Dec. 2, 2011

Supervisors should not cave to religious freedom arguments in the debate about the Sufism Reoriented sanctuary Feb. 19, 2012