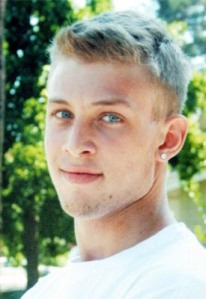 The 19-year-old Berkeley man, arrested in the January 20 pot-robbery killing of Danville teen Rylan Fuchs, is facing murder charges that carry special circumstances, because the killing took place during the commission of an attempted robbery. Authorities believe that Fuchs was selling marijuana, and Walter Bell went to his home to rob him of his pot. The special circumstances mean that if Bell were convicted of murder, he could face the death penalty.

Prosecutors have not decided yet whether they will seek lethal injection for Bell, who is being held without bail.
However, Harold Jewett, the prosecutor in charge of the D.A.’s office homicide division, says, in an e-mail to me, that it would be “unusual for us to do so in a case where the defendant is young and where the shooting may not have been intentional.”

Jewett told the Contra Costa Times that Bell says he fired the single, fatal shot–which struck Fuchs in the throat—as Bell was trying to rob Fuchs of marijuana.

“Put it another way,” Jewett continued in his e-mail. “A jury is unlikely to impose the death penalty unless they know beyond question that the defendant intentionally and personally took the victim’s life.”
I appreciate Jewett getting back to me. Actually, I didn’t contact him to ask him specifically about whether his office would seek the death penalty against Bell, but on a closely related issue.

I read about the special circumstances charges against Bell, and the possibility of the death penalty, and that got me thinking and wondering.

Fuchs’ father, Bill Fuchs of Alamo, questions whether his son was selling pot and whether police are using the marijuana-deal-gone-bad excuse to preserve Danville’s image.
I’m sorry for Mr. Fuchs loss, but, unfortunately, it does look like Rylan, a senior at San Ramon Valley High, in fact died in a drug deal gone bad.
And that drug-deal-gone bad scenario is what got me ruminating about the death penalty issue, possibly in this case, but in general. Drug deals gone bad are regular occurrences, if not in safe, affluent suburbs like Danville, then in tough neighborhoods in towns like Oakland, Richmond, and in the unincorporated community of North Richmond. Some of those drug deals gone bad result in homicides, and, more likely than not, the killers and their victims are minorities.
I contacted Jewett because I began to wonder if the special circumstances and the death penalty talk was being applied to the Fuchs case because 1) the killing happened in Danville; 2) the victim is white; and 3) the defendant is African-American. Yes, I wondered if race and class bias were coming into play in this case.
Racial disparity in death penalty prosecutions and in sentencing is a huge issue, in California and around the United States. Many of us have probably heard that minorities are more likely to be executed than whites for murder in the United States. But what many might not know is that more recent studies have pointed to another racial difference between who lives and who dies at the hands of the state: the color of the victim. As a USA Today editorial says:

While blacks and whites are murdered in roughly equal numbers in the United States, the killers of white people are six times as likely to be put to death, according to a statistical analysis by Amnesty International USA. It found that of 845 people executed since the United States resumed capital punishment in 1977, 80 percent were put to death for killing whites, while only 13 percent were executed for killing blacks.

So, my mind was on this track yesterday morning, and I wondered whether this racial disparity applies in Contra Costa special circumstances prosecutions, and whether it would apply to the prosecution of Walter Bell case. Would an African-American defendant, who shot and killed an African-American victim, in a similar kind of drug-deal-gone bad in North Richmond, be charged, like Bell, with special circumstances and face the death penalty. The racial breakdown for defendants and victims in Contra Costa capital cases was not available yesterday, and may not be readily available.
But I e-mailed Jewett, and he provided this response:
“Walter Bell is a young black male. Rylan Fuchs was a young white male. In this county, we have prosecuted white defendants for killing white victims; white defendants for killing black victims; black defendants for killing white victims; and black defendants killing black victims. Of course there are also permutations with other ethnic groups, primarily Hispanic and Asian. I would say imposition of the death penalty is roughly equal between cases with white and black defendants, and cases with white and black victims. I don’t see a pattern there.”
And then he addressed Bell’s prosecution specifically and how “I cannot whether this office will seek the death penalty in the Bell case.”

10 thoughts on “Death penalty for the accused killer of Rylan Fuchs? Wouldn’t be usual, says DA”