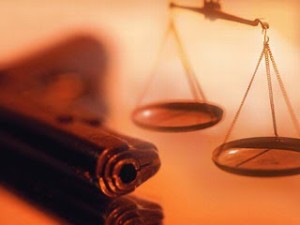 Gun violence grabs our attention when dramatic events such as the Fort Hood, the Columbine or the 101 California Street mass shootings occur. But individual shootings occur in the Bay Area almost daily…

So begins the invitation to a panel on gun violence, hosted Tuesday night in Walnut Creek by the Mt. Diablo Peace and Justice Center. Featured speakers will be California Senator Mark DeSaulnier, and two representatives from the Richmond police department: Chief Chris Magnus and Deputy Chief Edward Medina. If anyone should know about the toll gun violence takes on a community, it should be these top cops from Richmond.

But seeing that this talk, Gun Violence: Rights, Safety, and the U.S. Supreme Court, will be hosted in Walnut Creek begs a question. Should residents of a relatively safe, affluent suburb like Walnut Creek be all that concerned about gun violence? Walnut Creek had just one homicide in 2008, Richmond had 27.
Of course, Walnut Creek’s March 2008 homicide involved the fatal shooting of a man in his mother’s home. And the two killings in Walnut Creek in 2007 also were caused by gunfire. One was a murder-suicide: a woman shot dead in her Third Avenue apartment by a former boyfriend who then turned the gun on himself.
And then there was the absolutely heartbreaking case this past summer: Adam Williams, the 16-year-old Las Lomas High student, who was shot to death near the top of Mt. Diablo–by his own mother, who then turned the gun on herself. You didn’t need to know this boy to feel a sense of devastation after hearing about how his young life ended.
So, I guess you could say we suburbanites are affected by gun violence.
The Contra Costa Times, in a story that calculated the financial impact of East Bay gun violence, estimated that in 2005 alone, “gunshot patients racked up nearly $25.7 million in charges at John Muir Medical Center.”
Contra Costa District Attorney Bob Kochly was quoted in the story as calling gun violence “a tremendous resource drain.”
“Then you factor in on top of that other shootings that are nonfatal,” he said. “There’s a lot of those, and they’re generally particularly troublesome cases. We’re often dealing with victims who are still alive and able to testify but don’t want to.”
Nationally, about 2/3 of homicides are committed with firearms, and firearms were involved in about 16,000 suicides in 2001.
“Stopping gun violence will require many changes including a change in our culture,” the Mt. Diablo Peace and Justice Center says.
“Laws are only part of problem. Innovative enforcement techniques are also needed. The NRA aggressively organizes for gun rights while many remain oblivious to all but the violence we hear of in the news. This panel will inform us of what is happening in communities, in our state legislature and in the U.S. Supreme Court where a case is under consideration which may affect all the gun laws in the nation.”
Also speaking will be Juliet Leftwich, senior counsel at Legal Community Against Violence, a national law center formed in the wake of the 1993 assault weapon massacre in San Francisco. She will speak about recent and pending Supreme Court decisions.
The talk will take place at the Mt. Diablo Unitarian Universalist Church, 55 Eckley Lane.
Suggested donation: $12 General, $5 students with current ID. The event is wheelchair accessible. For more information, call (925) 933-7850 or visit http://www.mtdpc.org/

9 thoughts on “Talk on gun violence in Walnut Creek tonight: Should we in suburbia care?”