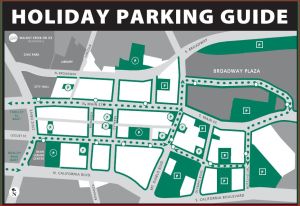 Even before the Halloween decorations and other tchotchkes came down in local stores, the Christmas stuff went up.
So, forget Black Friday, the Christmas shopping season is already in full swing. As a matter of fact, some retailers are getting a jump on Black Friday. According to the Wall Street Journal, retailers are turning it into “monthlong parade of promotions” by offering high-profile discounts. So in a post-Great Recession world, Black Friday might be going by the wayside. And, by the way, if you know of any major deals you want to share with readers, chime in.
A few weeks ago, predictions were grim about this coming holiday shopping season. More recently though, some retailers have posted unexpected third-quarter profits, including Wal-Mart stores, Inc., Kohl’s Corp., and Nordstrom Inc. Still, the Chicago Tribune says, “although the results beat company expectations, executives at all three chains conceded that they faced a tough selling period ahead.” So even though retailers’ profits are up, consumers may still be wary, especially with national unemployment at 10.2 percent.
What will this mean for the East Bay’s retail Mecca, downtown Walnut Creek? Who knows.? I’m guessing that the crowds will still descend, as they always have; the question is whether they will spend like it’s 2006, or spend more time browsing, looking for those deep discounts, and ultimately spending like it’s 2008.
There may be more empty store fronts than the same time last year. However, new shops and restaurants have been going in. And, a couple major chain retailers that, some analysts said, were not expected to make it into 2010 have hung in: Cost Plus World Market and Williams-Sonoma.
City staff are making an effort to “tame the holiday traffic Grinch.”
The city, the Downtown Business Association, Chamber of Commerce, and property managers for the major retial and private parking garages have “teamed up to create stress-free parking for the season.”
According to the city’s November/December edition of its In a Nutshell, “the goal is to get cars off downtown streets as quickly as possible by making parking easy to find and encouraging shoppers to ‘park once’ and walk or use other means of getting around.” The powers that be hope to accomplish this by posting new signs leading motorists to parking facilities; police staff directing traffic; and extended hours for the free downtown trolley. Between November 27 and December 12, the trolley will run until 10 p.m., and until 11 p.m., between December 14 and December 23.
Councilman Kish Rajan said this new emphasis on easing the parking and traffic crunch was not prompted by concerns about Recession retail struggles.
“I am not aware of any specific anaylsis/ projection of the crowds we expect,” he e-mailed me. “Of course we are hopeful for a good shopping season. The intent here was to take some of the longer term ideas we considered and to put them in place right away — both to try improve customer experience this season and to test what works best for the long term. “

9 thoughts on “Walnut Creek braces for holiday crowds, parking, traffic while questions percolate over the health of this year’s retail season”